The new tour is the successor to the Magnus Carlsen Chess Tour and aims to be bigger and better, but also more compact. Instead of 5 events over 4 months there will be 10 over 10 months, with the prize fund rising from $1 million to $1.5 million. Each event will last 9 days, with all but the final featuring 3 days of prelims followed by an 8-player knockout tournament.

The 2020 Magnus Carlsen Chess Tour consisted of five events: the Magnus Carlsen Invitational, the Lindores Abbey Rapid Challenge, the Chessable Masters, the chess24 Legends of Chess and the Finals benefiting Kiva. This time round there will be 10 events starting on November 22nd and ending in September 2021. There will be 6 Regular tournaments, 3 Majors and the Finals.

The Magnus Carlsen Chess Tour experimented with different formats, with the first event, the Magnus Carlsen Invitational, lasting a full 16 days. This time round all of the events will be held over 9 dayswith no rest days (though exact schedules could still change).

This time round all of the first 9 tournaments will have the same structure: a 3-day round-robin (16 players for each Regular event and 12 for each Major) after which the Top 8 players advance to a 6-day knockout, with two days each for the quarterfinals, semi-finals and final.

The time controls used in the Champions Chess Tour will be the same as for the Magnus Carlsen Chess Tour:

The difference comes in the knockout stage, where instead of having best-of-3 (5 or 7) matches, each encounter will be decided over two days. On Day 1 there will be four rapid games, and if the match ends 2:2 it will simply be a draw (there doesn’t have to be a winner).

On Day 2 another 4-game match will be held. If both matches are drawn, or the players have traded wins, then shortly after the second match there will be a playoff: two blitz games followed, if needed, by Armageddon.

This time, however, Tour points will take on much more importance. The maximum available for a Regular event like the Skilling Open is 50 (10 for finishing 1st in the Prelims and 40 for winning the final).

For a Major event those numbers are doubled to 100 (20 points for finishing 1st in the Prelims and 80 for winning the final).

Tour points are important since the Top 8 players on the Tour will automatically be invited to the next tournament.

Tour points will also be used to determine the players in the Finals, which this time round will be a 10-player round-robin. Each clash in each round will be played as a 4-game mini-match, with two blitz games and Armageddon if the match ends 2:2. The winner of a match that doesn’t go to playoffs gets 3 points, while points are split 2:1 if a playoff is required.

Anti-Cheating measures will build on those used for the Magnus Carlsen Chess Tour. As well as the player stream viewers can watch there will be cameras filming the players from other angles, available only to the arbiters. The players’ screens will be shared with arbiters as they play. One change, however, is that this time round, to avoid any appearance of impropriety, bathroom breaks or otherwise leaving the playing area will not be permitted during games (except with the Chief Arbiter’s approval). 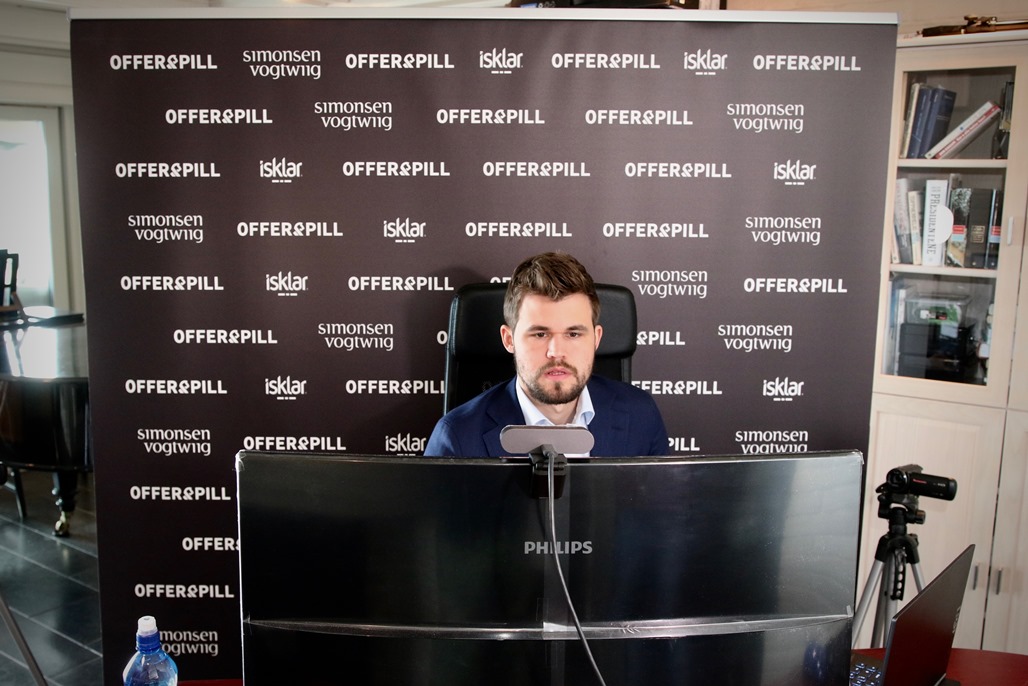 Magnus Carlsen during the previous chess tour, with a camera also filming him from behind | photo: Arne Horvei

Disconnects are always a tricky area for online chess, and the new policy is to give a player 30 seconds to reconnect, while their clock still runs. If they lose on time during those 30 seconds they lose the game. After 30 seconds, the clocks will be paused and then resumed as soon as possible after the player reconnects. The aim is to ensure, as far as possible, that chess skills and not internet connections decide results, while also avoiding situations where a game is frozen for too long in a time scramble.

Your chance to choose a player

As well as eight players invited to each event being determined by current tour standings there will be some invites or wild cards. Tour Pass holders or chess24 Premium members will get to vote for some of the players to invite.

Receive the latest tour updates
in your mailbox

This website uses cookies to improve your experience while you navigate through the website. Out of these, the cookies that are categorized as necessary are stored on your browser as they are essential for the working of basic functionalities of the website. We also use third-party cookies that help us analyze and understand how you use this website. These cookies will be stored in your browser only with your consent. You also have the option to opt-out of these cookies. But opting out of some of these cookies may affect your browsing experience.
Necessary Always Enabled

Any cookies that may not be particularly necessary for the website to function and is used specifically to collect user personal data via analytics, ads, other embedded contents are termed as non-necessary cookies. It is mandatory to procure user consent prior to running these cookies on your website.